For the first time in its 14 year history, the Scotiabank Vancouver Half-Marathon & 5K allowed people who use wheelchairs and hand-cycles to enter last weekend’s race.

Spinal Cord Injury BC’s team, The Walk ‘n Rollers, was the first team to take on the challenge. Today, we’re featuring one walker and one roller who dared to blaze new trails.

A born wild child, Gerry Burns was racing motocross by the age of five. He retired from pro motocross racing when he was 24 and became a passionate surfer and world traveler.

Then, when he was 32, Burns incurred a C1/C2 spinal cord injury while playing hockey. With a broken neck at the highest level, the prognosis was grim: “I’m so grateful to have overcome some incredible odds.” As an incomplete quadriplegic though Burns was told he’d permanently rely on a power chair for mobility with an ability to take a few steps and never climb stairs.

But Burns wouldn’t have any of it. “I really wanted to believe and almost expect I could overcome a great deal of this injury,” but the reality Burns faced was a new life with a permanent disability.

Undeterred, Burns stubbornly set about trying to overcome all the obstacles set against him. Five months into rehab, he was starting to stand and take steps using a large metal walking frame, and seven months post-injury, he could struggle to slowly walk with a walker a few-hundred feet.

By 2006, stair-climbing became one of his favorite means to train. Burns was climbing the five floors of stairs up to the Cambie Street Bridge by holding onto a friend’s arm for balance when there was no handrail. Eventually, he could tackle the long dirt stairways up from Wreck Beach, and he would even sneak into high-rises downtown on cold, rainy days to climb towering stairwells with a friend’s help. Then, in 2008, he raced up the Wall Centre tower for a BC Lung Cancer fundraiser. “I totally got last place by a mile, but I made all 59 floors in 56 minutes! I was so stoked that I was able to do that,” says Burns.

A few months later, Burns became one of the first quadriplegics to hike up the Grouse Grind, one of his largest, looming goals since his days in rehab. He made it a fundraising event dubbed ‘Grind out Paralysis’ and managed to raise $5000 for The Rick Hansen Foundation in the process. It took him and a supportive team of friends eight and a half hours to conquer.

Naturally, Burns, a long time volunteer with SCI BC was game when they asked him to take part in the The Scotiabank Charity Challenge. “I’ve got different goals I try to accomplish each year and the 5 km walk would be a huge challenge and a new personal record. One of the things that drives me to push my limits the most actually, whether it being new goals, travel adventures or wild recreation and sports, is hoping it may inspire others. The 5km walk I think was a great event to hopefully show the possibilities of what we can do with a disability and raise funds for a great cause” says Burns.

Like all his previous accomplishments, this one would be daunting. On most days, Burns tries to use his walker whenever he can, but quite often needs to rely on his power chair to more practically zip about. He’s trekked through eight different countries though (usually solo) using only his walker, including Thailand, Burma and Cuba, but the farthest he’d ever been able to make was 3.5 or 4 kms —with a lot of breaks.

His persistence through the years paid off. “It took 5 hours and 36 minutes to complete this 5 km walk, and by the time we got to the finish line, there was no finish line, not one runner even around. In fact the tents had been all packed up,” chuckles Burns. “But it was all about accomplishing a new personal best and raising awareness. I’m so stoked and I’m really proud to have raised over $1600 for SCI BC.”

Darrel Harder – Rolling back to health

Darrel Harder with his wife and dog.

Darrel Harder was training for a triathlon when a car hit him as he was cycling through an intersection. He broke his neck and has been using a wheelchair ever since. He’s been an active member of Spinal Cord Injury BC (SCI-BC) from the beginning of his recovery, but last Christmas, he became sick with pneumonia, had a seizure and was bedridden for nine weeks.

“As soon as I heard about the Scotiabank Challenge, I started training,” says Harder, who raised more than $1,700 for SCI-BC. “It challenged me to get out, get fit and participate. I used to be very athletic before I got my injury, but then I got lazy.” After three months of training, Harder now rolls 5 k.m. at least three times a week with his wife and their dog along the Boundary Bay Dyke. It’s a habit he’d like to keep up, even now that the race is over.

“I was 49 years old when I made a goal of doing a small triathlon before I turn 50. I didn’t reach that goal,” says Harder. “Now I’d like to get into a racing chair. It think that’s what my next goal might be.”

Join us online for day 2 of this 2-day forum, and hear real stories from people with disabilities who will share how they effectively advocate for

Join us online for day 2 of this 2-day forum, and hear real stories from people with disabilities who will share how they effectively advocate for their needs. This is a great chance to listen to guest speakers, panel discussions and interact with others in fun interactive breakout sessions. This event is ideal for peers and their families!

FRIDAY: Keynote speaker, Tara Moss, will be joining us to talk about advocating for yourself. Tara is an outspoken advocate for the rights of women, children and people with disabilities. She has been a UNICEF Goodwill Ambassador since 2007 and as of 2013 is UNICEF Australia’s National Ambassador for Child Survival, and has visited Australian hospitals, maternity wards and schools as well as Syrian refugee camps in Lebanon in her UNICEF role. She works to dismantle stigmas around mobility aid use through her writing and at her Instagram page Tara and Wolfie.

SATURDAY: Author and activist, Emily Ladau will be starting things off for this session. Emily’s career began at the age of 10, when she appeared on several episodes of Sesame Street to educate children about her life with a physical disability. She’s the Editor in Chief of the Rooted in Rights Blog, a platform dedicated to amplifying authentic narratives on the disability experience through an intersectional lens. Emily is also the author of Demystifying Disability: What to Know, What to Say, and How to be an Ally, and has been published in outlets including The New York Times, SELF, Salon, Vice, and HuffPost.
Register for one or two days here: https://www.eventbrite.com/e/activate-your-advocacy-skills-tickets-169183034009 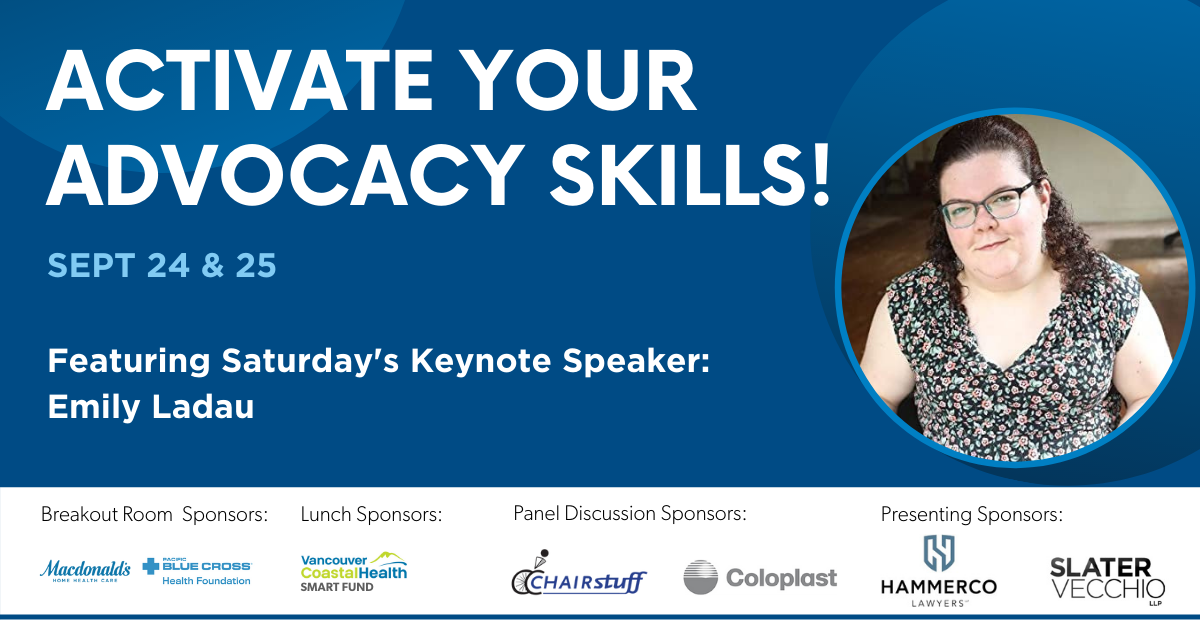 Join peer volunteer, Christina Blaine as she re-introduces our Make, Do, Mend virtual program! Come with your artistic hobby and either sit back and chat or pick up a

Join peer volunteer, Christina Blaine as she re-introduces our Make, Do, Mend virtual program! Come with your artistic hobby and either sit back and chat or pick up a few tips from your fellow artisan! 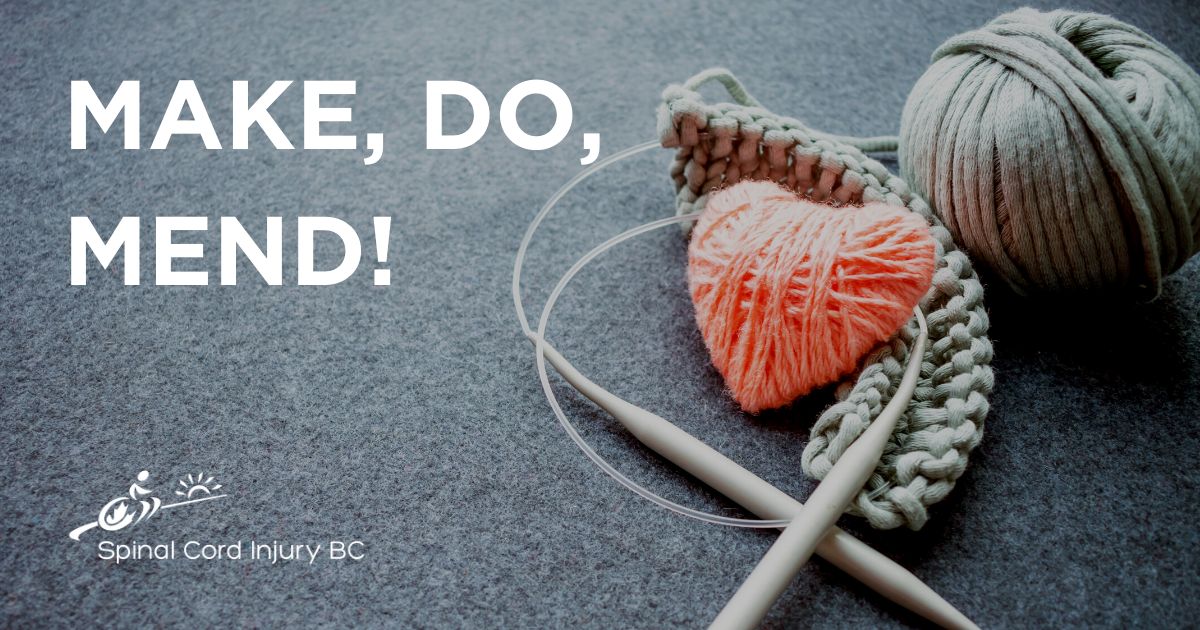 Zoom connection info is below. Bert Abbott and Scott Heron, are inviting you to this once a month event! Please join us if you can, and meet others from all over

Bert Abbott and Scott Heron, are inviting you to this once a month event! Please join us if you can, and meet others from all over Vancouver Island! 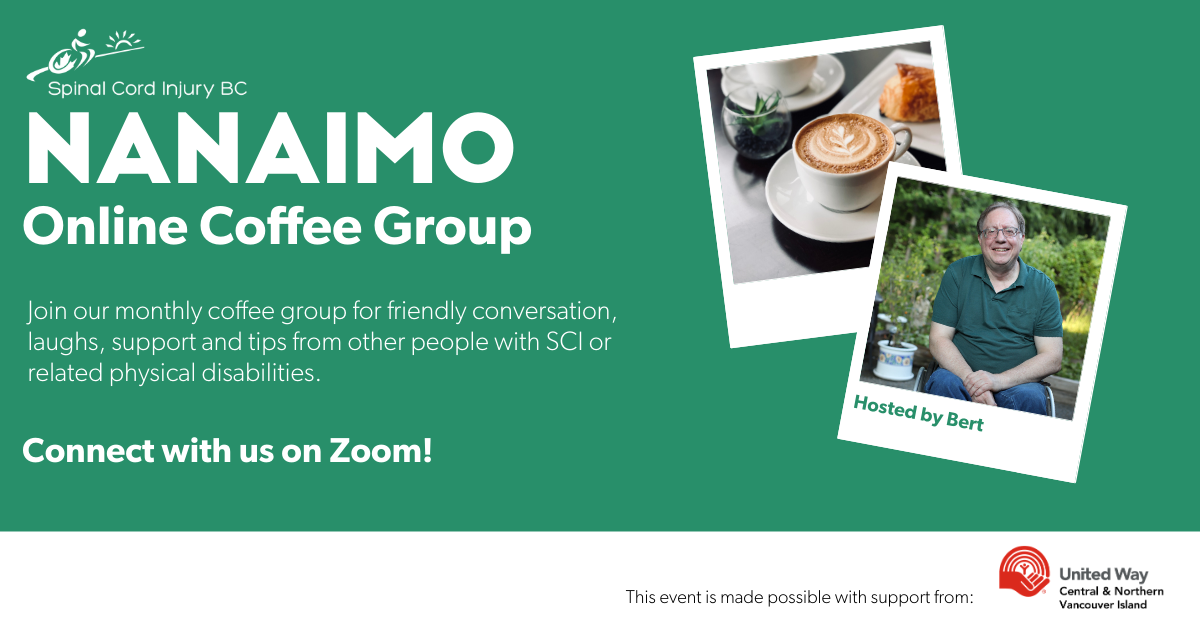 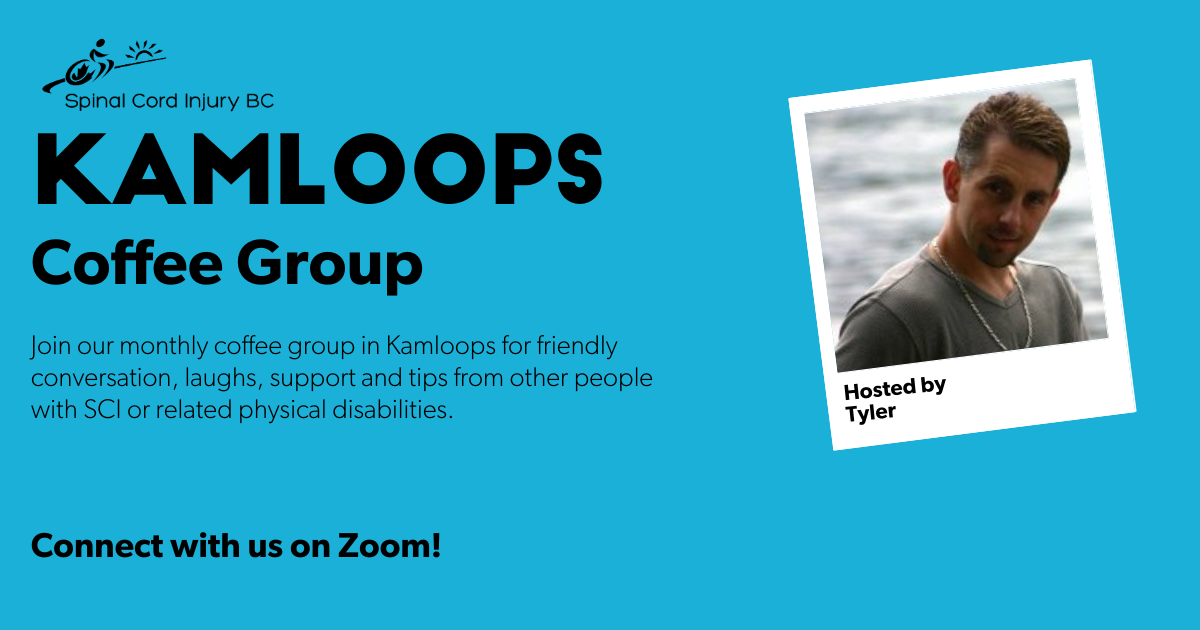