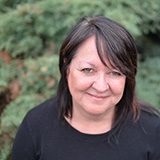 Maureen Brownlee is our longest serving staff member and has worked in almost every single role in the organization.

She joined the BC Paraplegic Association—Spinal Cord Injury BC (SCI BC)’s pervious incarnation—as a receptionist in 1979, and quickly moved up the ladder.  She has since worked as an executive assistant, a fundraising assistant, the director of fundraising, the communications director, the manager of membership and volunteers, and the manager of the peer support program.

Today she serves as SCI BC’s manager of operations and works once again to help our fundraising team.

“I stayed because I just loved the culture,” says Maureen, who was originally going to become a nurse. “I worked with Doug Mowat and Stan Stronge and a lot of the people who were real pioneers in the province for people with spinal cord injuries. I’m really excited about the work that we’re doing now because it’s very much in the spirit of the culture from when I first came here; we’re building a real community for people with spinal cord injuries.”

A year after coming here she met her future husband, Ted Brownlee, who had a quadriplegic injury and worked as a peer coordinator.  “He gave me his lobster tail at The Keg on our first date and that’s when I knew it was true love,” says Maureen.

Maureen’s special talents involve highland dancing, drinking good wine and great scotch, and hosting incredible parties for all her friends and family. She’s also a voracious reader who consumes two to three books a week. If you want to get on her good side, you should know that her birthday is on October 29th and should be celebrated throughout the entire month.

Back to Our Staff
Contact Us
Get Our Newsletter
© 2020 Spinal Cord Injury BC. All rights reserved. Charitable Business Number # 11883 5024. View our Terms and Agreement. 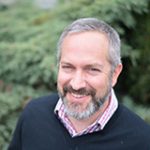