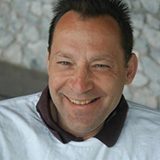 Pat Harris joined Spinal Cord Injury BC (SCI BC) back in 1982 when it was still called the BC Paraplegic Association. He has held many roles during his years of service, and although he recently retired, he continues to lead our Access BC project on a voluntary basis.

When Pat moved to Prince George with his wife Nancy in 1980, he found that there were no wheelchair sports there and limited accessible infrastructure. Knowing first-hand the huge impact sports had on his life, he began laying the foundations for wheelchair sports and accessibility in Northern BC. He has been a member of the Board of Directors of the BC Wheelchair Sports Association for 18 years, serving as President the past 12 years.

Pat was also instrumental in the development of the Accessibility Advisory Committees in Prince George, Fort St John and Quesnel. He played a large role in the conception and creation of the Measuring Up the North Project (MUTN), a highly successful partnership between SCI BC and more than 40 Northern BC communities who wanted to make their towns more disability-friendly and inclusive for all citizens and visitors. In recognition of his invaluable contributions to wheelchair sport and access and inclusion in BC, Pat was honoured with the Queen Elizabeth II Diamond Jubilee Medal.

When he isn’t busy paving the way for other people with disabilities to get involved in his community, Pat spends his time playing music, enjoying the outdoors, traveling and relaxing with family.

Back to Our Staff
Contact Us
© 2020 Spinal Cord Injury BC. All rights reserved. Charitable Business Number # 11883 5024. View our Terms and Agreement. 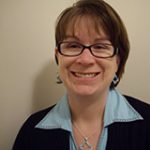