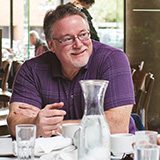 Scott was born and raised in Victoria and graduated from the University of Victoria with a degree in social work in 1987. He joined Spinal Cord Injury BC (SCI BC) when it was still known as the BC Paraplegic Association (BCPA) in December 1988.

For almost 30 years, he has counseled individuals and families of those who have experienced traumatic spinal cord injuries, as well as people with other physical disabilities. He also provides assistance throughout Victoria and South Vancouver Island in all areas of community living to enhance the independence, self-reliance, and full community participation of people living with physical disabilities.

Scott’s broad shoulders betray a 20-year obsession with wheelchair sports. Since 1984 he has participated in volleyball, basketball, athletics (javelin, shot-put, and discus), weight lifting and racquetball. He was a five-time provincial champion in field events when he retired to focus on his favourite sport, racquetball.

Scott has four children: Nikita, 28, married to David Reimer (with Grandsons Liam and Lucas, and Granddaughters Macie Faith and Liana), Mikayla, 21, Breanna, 16 and Joshua 11. Scott also served as a foster parent for over 12 years and fostered more than 40 children over that time.

Back to Our Staff
Contact Us
© 2020 Spinal Cord Injury BC. All rights reserved. Charitable Business Number # 11883 5024. View our Terms and Agreement. 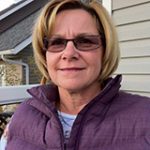 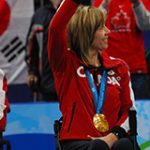